Paul and I recently received the official CD of our Yellow Barn concert.  We were listening to it yesterday, while driving around in the first snow of the year, and it seemed that Shostakovich’s D Minor Fugue was particularly well matched to the wintry surroundings.

Click here to listen to an excerpt from the fugue, featuring alto flute.   And here are a couple of snowy pictures to give you the full effect:

(Note that Paul is holding the CD!)

I had a nice time at Flamarimba Camp.  I stayed up past lights-out one time, but don’t tell the counselors.

Mostly, we practiced for our show this weekend in NYC with the International Street Cannibals:

We will be playing our new versions of two Preludes & Fugues from the Well-Tempered Clavier, with live capoeira.  Capoeira is a Brazilian martial art that is sweeping the nation.  Seriously!

Also, we did two school shows, and they went pretty well.  The kids really liked the music, and asked very good questions.  After the second show, a girl raised her hand and said,

Not bad, even if it did come from a second-grader in a school uniform.

On our breaks from practicing, we watched Flight of the Conchords and Fawlty Towers, and a sad-but-hilarious video about life as an orchestral percussionist.

Paul had a cold, but that did not stop him from showing off his new concert snare drum.  Hopefully he will be feeling better by Sunday.  See you at the concert!

Here’s a picture of me, writing this entry on the Megabus (I LOVE Megabus), on my way to DC tonight. 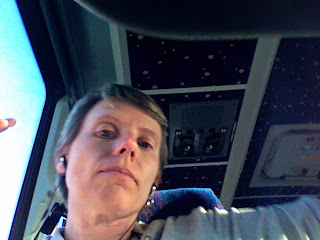 PJ and I are meeting with the awesome Gary Race tomorrow, to start working on a program that will eventually become an in-school performance workshop for elementary schools, under the auspices of the National Symphony Orchestra (NSO).

We know Gary through Tales & Scales (how we know each other, btw). Gary directed several Tales & Scales shows, including The Arabian Nights, The Odyssey, The Little Dragon, and for those of you old enough to remember it, The Enchanted Horn. He also is a consultant for the NSO, and helps prepare all of their outreach performances. Oh, and he’s also an opera director and vocal coach. He’s amazing at what he does, so we’re very excited to get to work with him again in this new context.

We know the NSO, or rather, they know us, because PJ was one of the stars of the DC youth orchestra scene, and won, in both 1996 and 1998, their Young Artist Concerto Competition (high school and college divisions, baby).

Our program is going to focus on dance in music, including a tango, a waltz, two menuets, and Soulja Boy Tell’em’s Crank That. The idea being that, in their times and places, the menuet, waltz and tango were as popular as Soulja Boy.

Of course, by the time our shows happen (fall semester of 09-10), Soulja Boy will be so 2007 that we might have to come up with another idea. 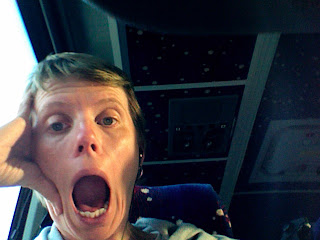 I thought maybe that first photo was too serious.